Time Chicago’s diversity allows for crossover from Motown Classics to Today’s Hits. This accomplished group of musicians and vocalists will bring delicate melodies to a ceremony, smooth jazz to a cocktail hour and dinner, and a vibrant dance sound to your event’s custom set list. Time Chicago. It’s Time to Party. 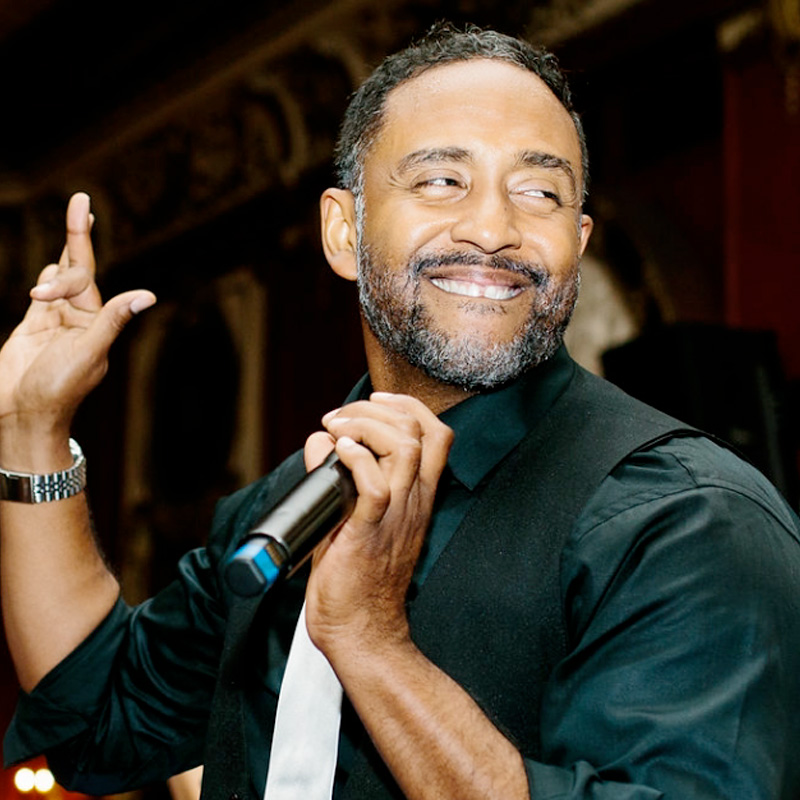 An exciting performance leader who mixes Jazz, R & B, and Motown together with a crowd drawing energy, Emanuel Barr is known for taking your event to the “next level!” He has been a featured artist in Los Angeles, Rome, Las Vegas, New York, and most notably the historic New Orleans Jazz Festival! Emanuel has also electrified audiences in some of Chicago’s great venues such as the House of Blues, Arie Crown, and Chicago Theaters, as well as Chicago’s Auditorium Theater! In addition to his vocal performance experience, Emanuel also brings over 25 years of music director/ band leader experience to The BeatMix Family and we are thrilled to have him on our team!

Mixing Jazz, R&B,and Motown, along with his infectious energy, Emanuel is the perfect  person to  lead  the  powerhouse  that is  Time  Chicago.  Not  only has he performed  throughout  his  native  Chicago, he has  also been  a  featured  artist across  the  globe.  Emanuel is  drawn to  the  incredible  musicianship of  Time Chicago and the friendship of performing on stage together. 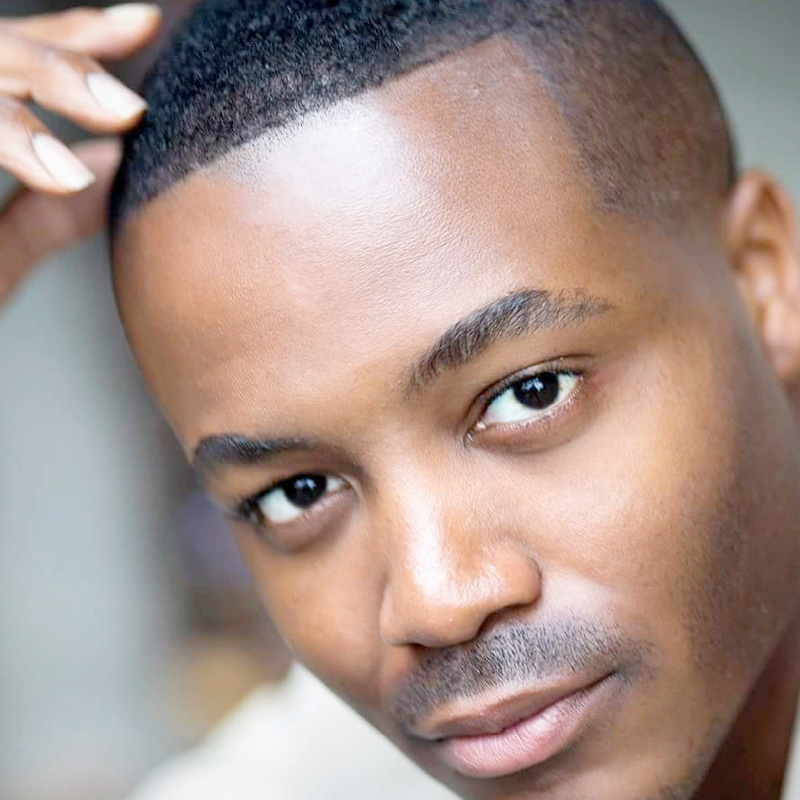 Vocalist/Actor Peter Frank has been performing in the arts professionally since the age of 7. Aside from his studies in Music Theory & Voice he has acted in plays at The Steppenwolf Theatre & Chicago’s famed improv club The I.O. Peter has taken his talents to the silver screen acting in shows such as Chicago Med, Scandal, Tabloid & Most recently Ordinary Joe (Fox Pilot) & also was an American Idol 10 Finalist! When Peter is not performing he’s somewhere simply meditating and being at peace with life. 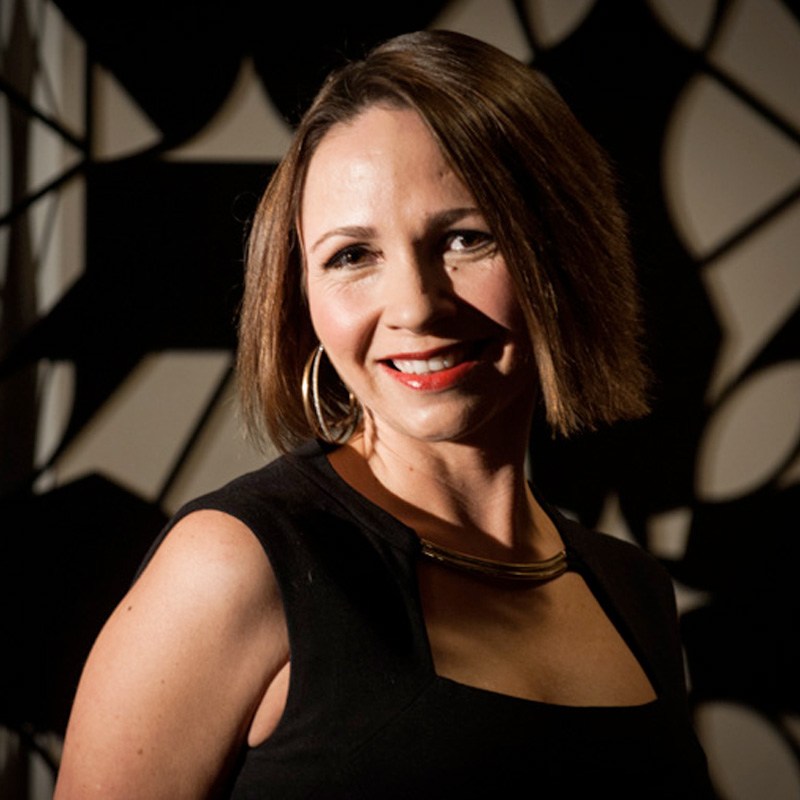 Accomplished singer/songwriter and multi-instrumentalist, Andrea Amos has been performing for over 20 years. Originally from Saskatchewan, Canada, Andrea Amos received her Masters degree in Jazz Studies and Commercial Music from the Chicago College of Performing Arts at Roosevelt University. Since moving to Chicago in 2000, Andrea has performed with numerous artists across the US and Canada. Her versatility allows her  to perform in a variety of styles ranging from jazz, to pop, rock, funk, and R&B, as well as developing her own voice as a songwriter. When not performing, Andrea teaches voice, piano and violin around the Chicagoland area.

Andrea’s ability to belt out a rock ballad, get funky on a jam, or smash the current pop hit makes her a principal member in Time Chicago. Hailing from our neighbor to the North, she holds a Masters degree in Jazz Studies and Commercial Music. When not performing with Time Chicago, Andrea teaches voice, piano, and violin around the Chicagoland area. 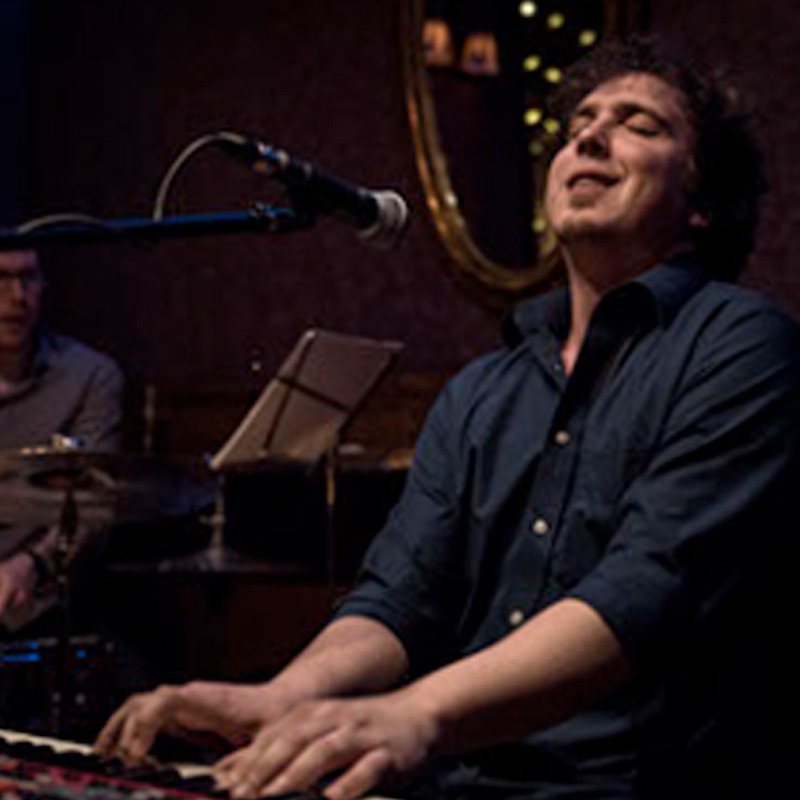 Brad has been playing music for almost his entire life, and is always excited to share his passion with audiences. An avid student of the art, he has received a Masters degree in Jazz Composition, though he also loves county, folk, and old school R&B. When not working with Time Chicago, Brad teaches private lessons, and also does work as a composer and arranger. 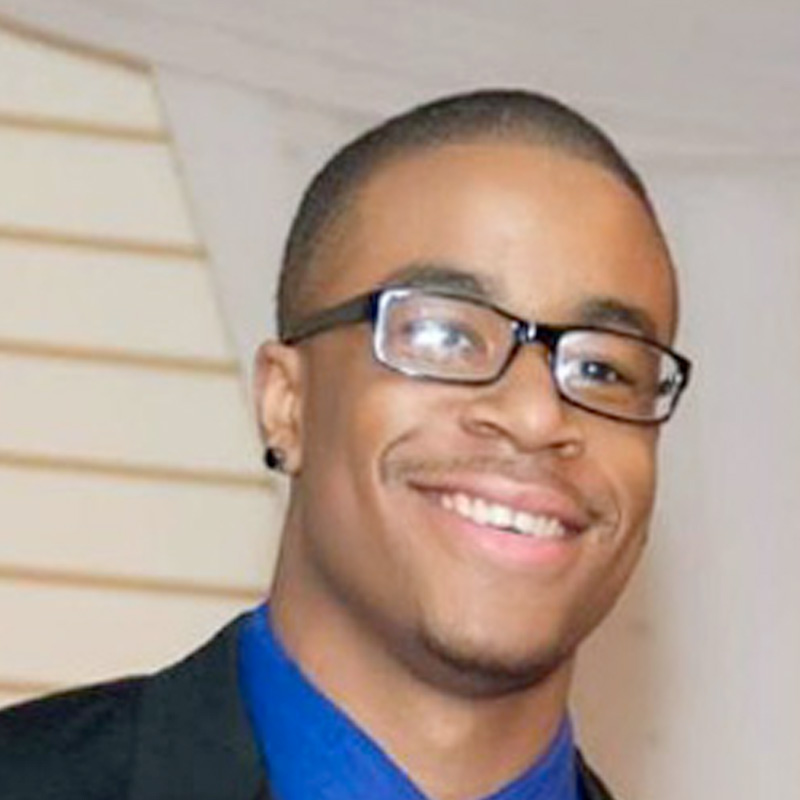 Drummer/Musician and Chicago native, Jerijah’s love for drumming began when he was 3 years old banging on the pots and pans he grabbed from under the kitchen sink, and he’s been playing drums ever since. He’s started private lessons when he was 7 years old up until college. His roots lie in Gospel music, but he plays a great variety of music including Jazz, Rock, Pop, Classical, R&B, Hip Hop, Country and much more. He is currently the drummer for Willow Creek Chicago Church and is

Studying music and arts at Triton College for his Associates degree and later will pursue a Bachelor’s degree in Music and Production. At the age of 22, he has an amazingly impressive resume and is considered a prodigy on the Chicago music scene. 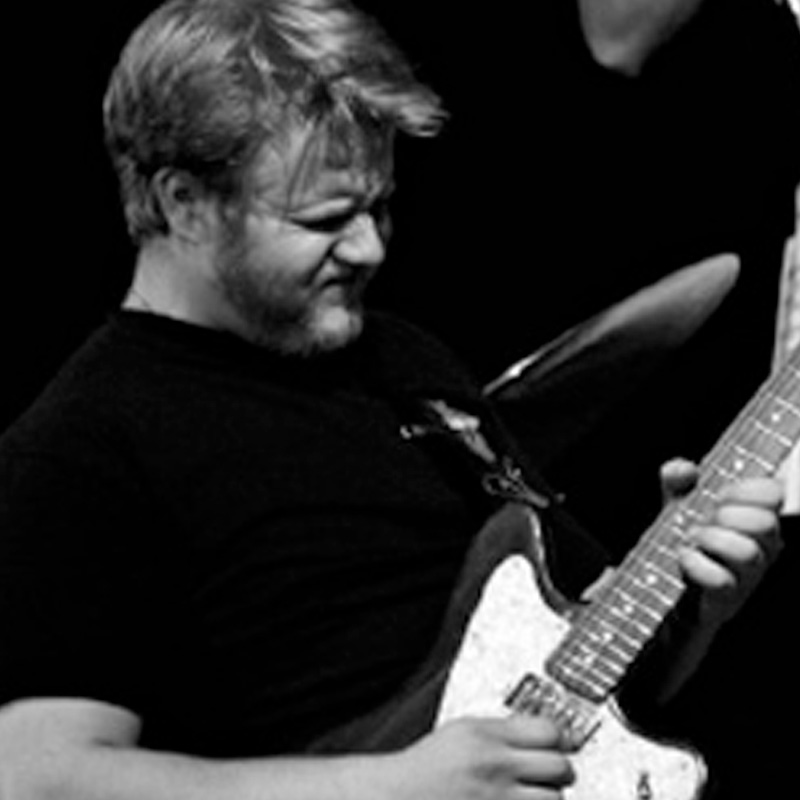 Guitarist Chris Parsons is a rock guitar player at heart with a background in Jazz & Blues. Chris spent three years in the Elmhurst College Jazz Band, under the direction of GRAMMY Award Winner Doug Beach. This experience gave him the opportunity to perform with notable jazz musicians such as Simone, Wayne Bergeron, Bill Holman, Tom Scott, Byron Stripling, among others. He also had the opportunity to perform at jazz festivals and clubs across Western Canada, the Czech Republic, and Chile. Chris also recorded three albums with the band, two of which won “Outstanding Awards” by Downbeat Magazine. Since graduation, Chris has performed in a variety of musical scenarios, including the “Heisenberg Uncertainty Players Big Band,” an all original composers big band, the “Big Cluster Big Band,” and his own rock band “T.B.A.” Outside of all of his responsibilities with Time Chicago and BeatMix Music, Chris keeps an active teaching schedule at the North Shore Music Institute. He also works at his Alma Matter, serving as coordinator for the “Elmhurst College Jazz Festival,” the largest collegiate jazz festival in the United States.

Chris has the ability to lay down the smooth chords for a Jazz set or get the crowd going with a Rock guitar riff. His love for music began with Blues and Rock, but through experience and education, he has found a pure passion for Jazz. After touring the world and performing for fans, Chris is happy to be home sharing the stage with the Time Chicago band. 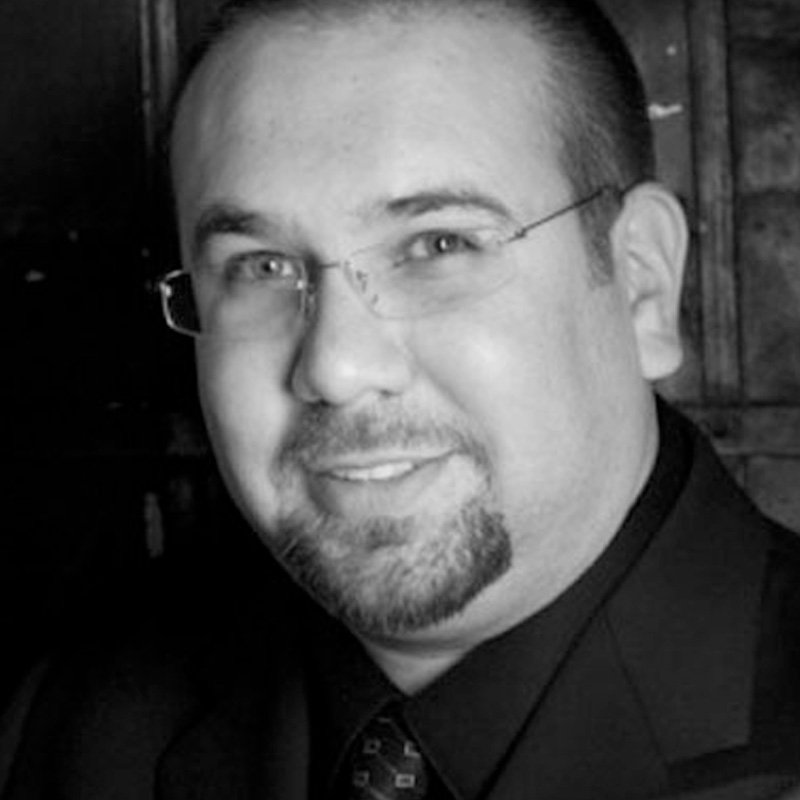 Defining and supporting the harmony of Time Chicago, Jamie’s ability and accomplishments are second to none. He has toured nationally and when he’s not marauding the local parks and museums with his extraordinary family, Jamie is active as a playwright and educator. 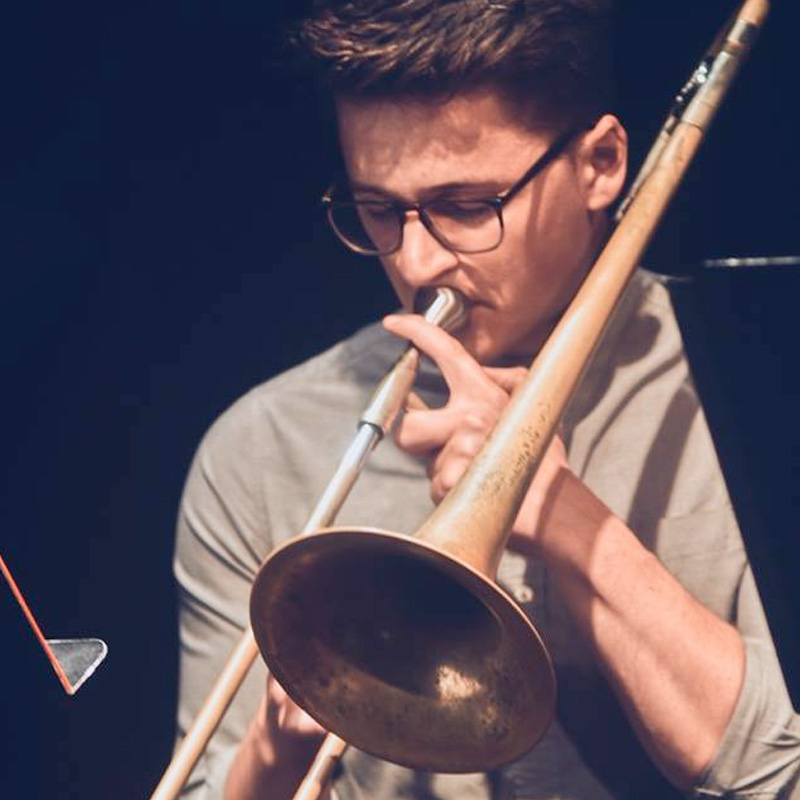 A native of Eugene, Oregon, Chris Shuttleworth moved to Chicago to pursue a Jazz Studies degree at the prestigious DePaul University School of Music, where he studied under a number of staples of the

Chicago music scene, including Tim Coffman, Mark Fisher, and Charles Vernon. He has shared the stage with many diverse acts ranging from jazz heavyweights such as Wycliffe Gordon, Randy Brecker, and Ken Peplowski, to dance giants Medium Troy and Beats Antique. Chris is a highly sought after and in-demand trombonist, arranger, and composer. 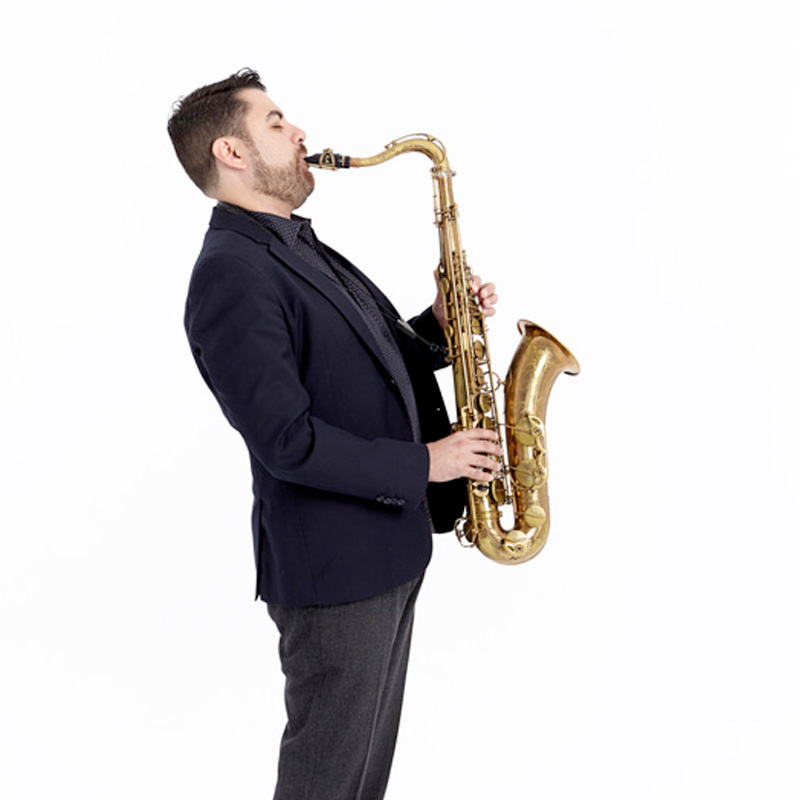 Hailing from Chicago, Illinois, Alex Beltran has been called “a saxophonist of impeccable

musicianship” by Chicago Jazz Magazine. Alex has attended both Indiana University and DePaul University studying with David Baker, Jim Snidero, Mark Colby and many others. Alex has performed in both large and small venues across the country, under his own name and with people such as Jeff Hamilton, Phil Woods, Tim Ries, Ira Sullivan, Luis Bonilla, John Fedchok, Aretha Franklin, The Temptations, the Chicago Yestet, and many others. In addition to his busy performing schedule, Alex is proud to be a Vandoren Performing Artist and maintains an active teaching schedule, helping a younger generation discover the beauty of music. 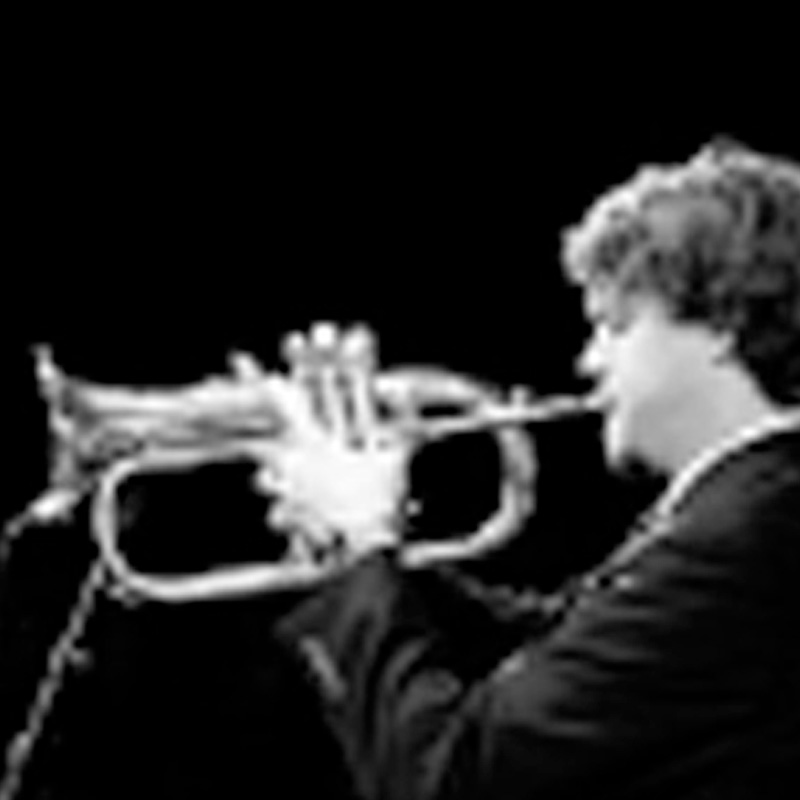 Originally from Columbia, MO, Adam Roebuck moved to Chicago in 2012 to pursue a Jazz Studies and Music Business degree at Elmhurst College where he studied under professional jazz educators and musicians such as Doug Beach, Carey Deadman, Kirk Garrison, Mike Pinto, Frank Portolese and Frank Caruso. During his undergraduate studies, he has shared the stage with jazz legends such as Doc Severinsen, Dennis Mackrel, Bobby Shew, Sean Jones, Ryan Truesdell’s Gil Evan’s Project and Manhattan Transfer. Adam is a highly active freelance trumpeter, composer, arranger, and music copyist in the Chicagoland area. 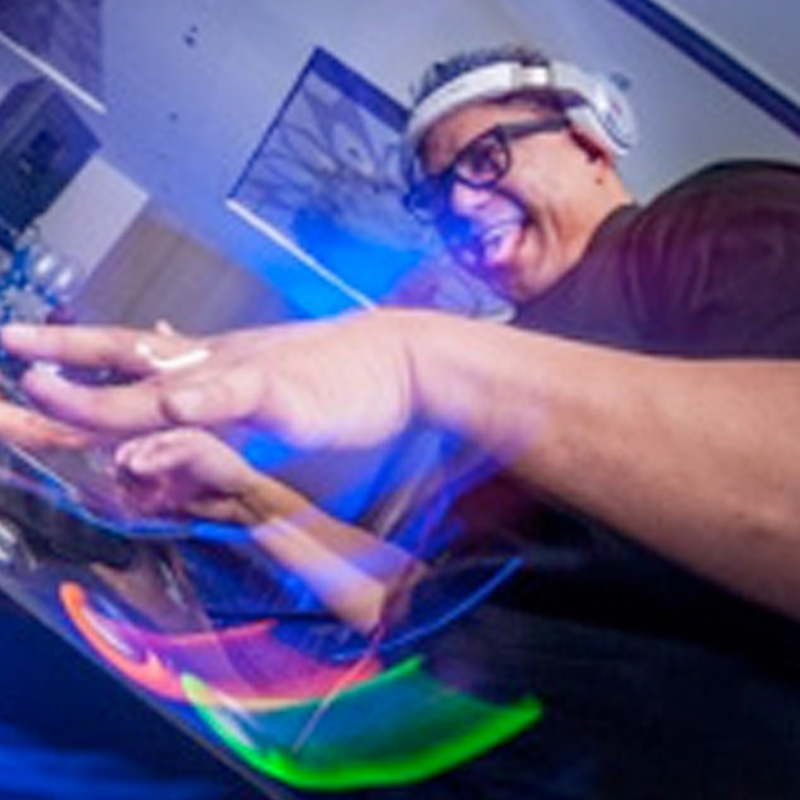 Chicago special event, club & radio specialist DJ Speed got his start at 96.3/B96. Since then he’s rocked radio stations from LA to Atlantic City and has performed around the world with Pioneer Electronics. He has played with and opened for artists like: David Guetta, Tommy Lee, Jay Z, Beyoncé, Lady Gaga, RUN DMC/JMJ, Ludacris and many more. His history with B96 is a nod to his talent, professionalism and skills, not necessarily his musical focus. If your party should be filled with segues and mashups in a mix of styles ranging from Sinatra, the Jackson 5 and Earth Wind & Fire to whats on the radio today, DJ Speed will seamlessly mix from style to style keeping the dance floor packed all night long!