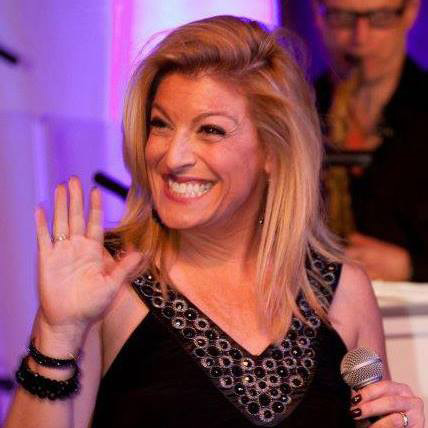 A native New Yorker, Becca moved to Chicago to attend Northwestern University’s renowned theatre program. Beginning her career as one of the most sought-after jingle writers/session vocalists in Chicago, Becca quickly expanded her talents to producing musical showcases and albums, providing commercial voice overs, and becoming a wedding expert featured on TV and radio—including her own radio show “I Do, I Do” on 105.9fm, WCKG. Becca has been leading her own society band, BKO, for the past 14 years and nearly 10 years ago launched BeatMix Music, hoping to match every client with an unparalleled music experience. Becca has appeared on stage with performers such as Lily Tomlin, Brooke Shields, Phoebe Snow, Tony Roberts, and Ellen Burstyn and a few years ago was a spotlight performer in the Broadway Chicago Concert in Millennium Park singing for over 19,000 people. She is also in the feature film Scrooge & Marley, appearing as a comedic cabaret singer. And, should you wonder where her hometown loyalties reside—she has sung the National Anthem for both the world-champion Chicago Bulls and her forever-losing New York Knicks. Becca feels privileged to have a life and career in music. 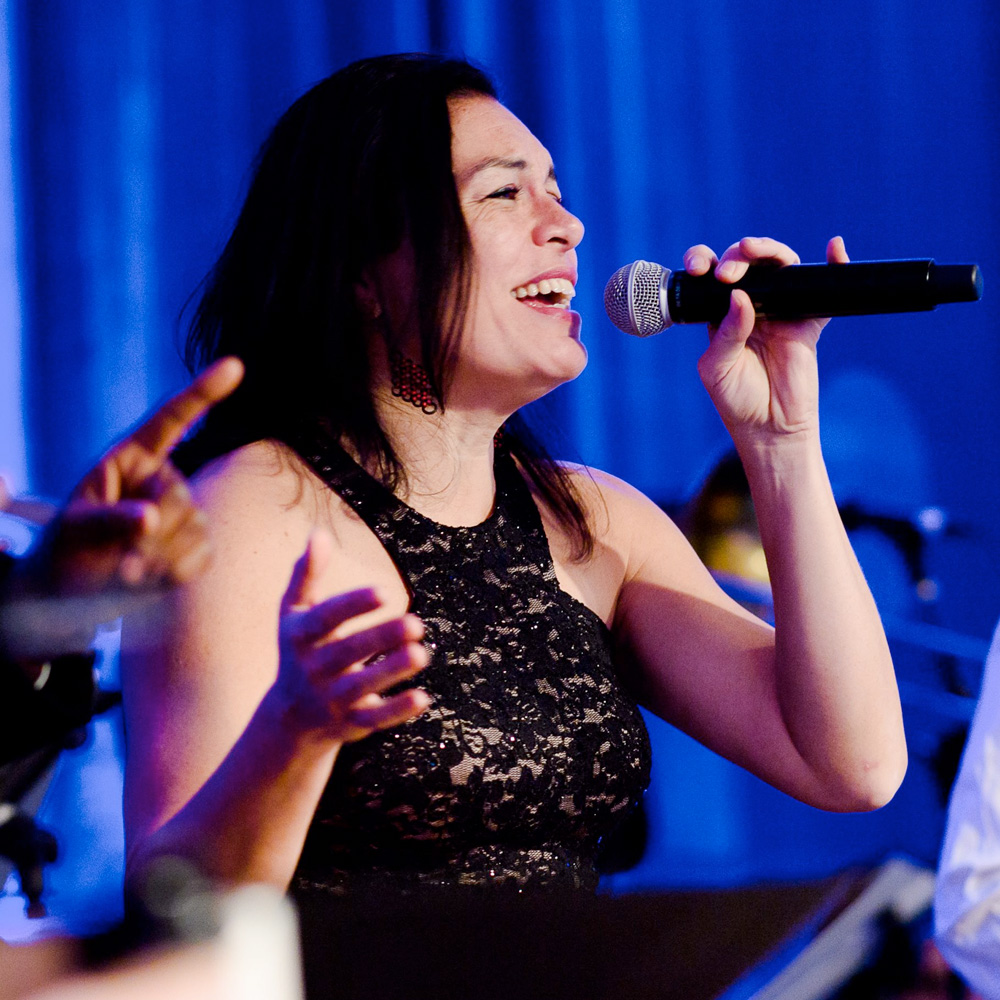 Angie Pope sings it and brings it to the BKO stage! An amazingly talented and powerful vocalist, Angie can sing Etta James to Whitney Houston to Kesha. Angie has been performing professionally across the country since the mid-1990s. Her versatility makes her a consummate entertainer–from rock, to pop, to R&B, and jazz—Angie sings it all! She has an eclectic background of stage experience, including musical theatre (Bailiwick Repertory, Drury Lane Water Tower), children’s theatre (TheatreBAM Chicago), and improv comedy (Second City). Angie is the founder and artistic director of “Miss Angie’s Music”, which offers early childhood music classes at various locations throughout Chicago’s south suburbs. In her rare spare time, Angie eagerly works on a variety of music performance and recording projects in the Chicago area. Angie’s vast musical background and unique theatre experience create a magical combination that makes Angie a focal point on the BKO stage. 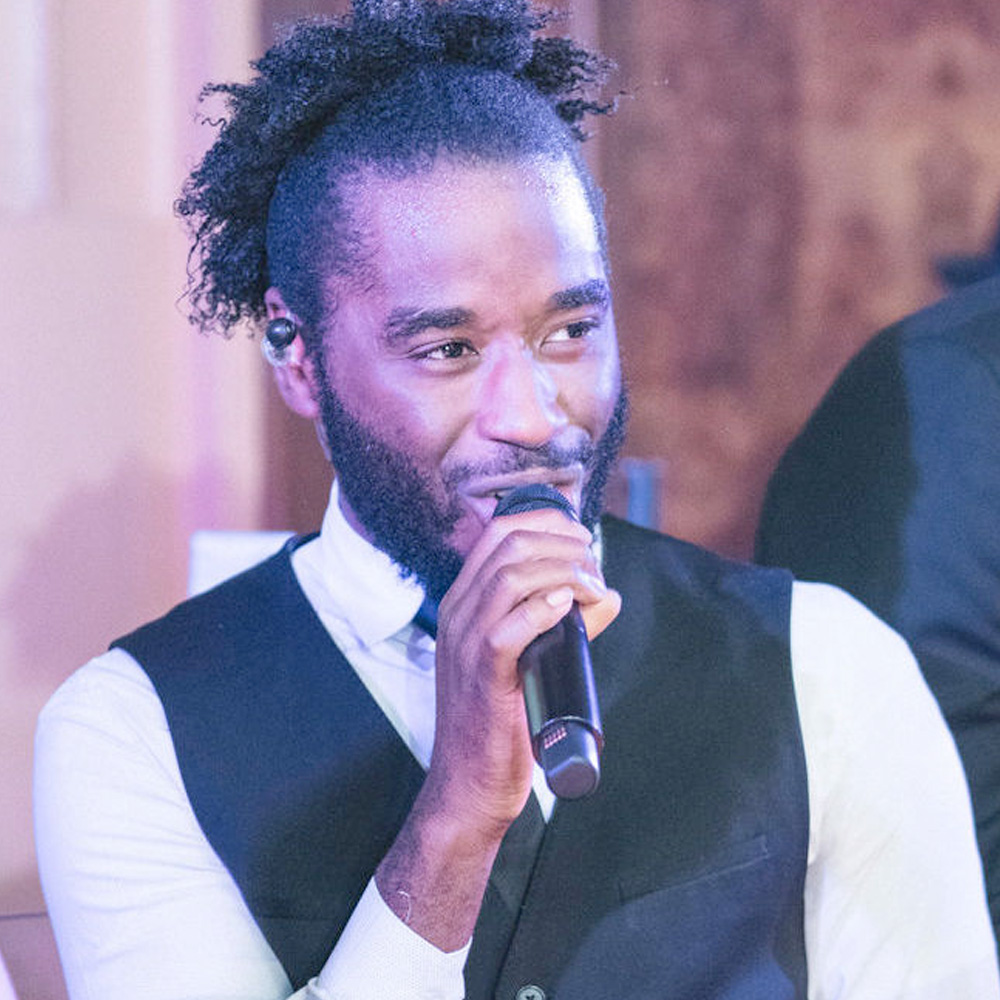 Born in Detroit, Bryson grew up immersed in the culture of Motown arts. He has been classically trained since 2008 but has his roots in the soulful ornamentation of gospel music. His voice rings out as he exercises his four octave range. He is a firecracker on stage inspired by Michael Jackson and James Brown. He attended the University of Illinois where he trained and performed with vocal jazz and chorale ensembles. He is a quintessential music lover and his vocal versatility enables him to sing various styles ranging from musical theatre and jazz to country and rap. Bryson has always loved to perform and that sentiment is made evident by his energy and dance moves while on stage. 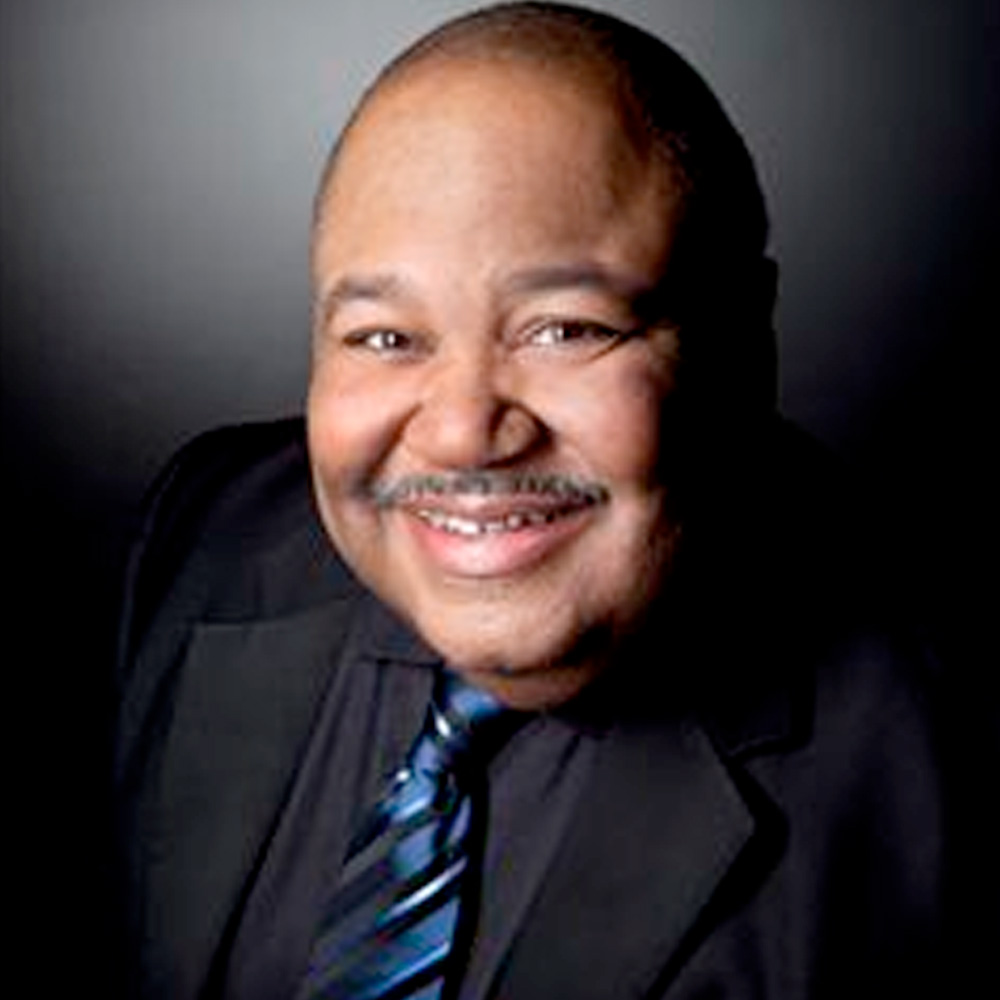 Guitarist/Vocalist Darryl Boggs is BKO’s solid gold! A professional musician for over 40 years, Darryl has traveled and performed in clubs and arenas around the country since 1972. Along with his work in commercials and theatre touring companies, Darryl has played or opened for Tony Bennett, Tyrone Davis, The Imaginations, Bunky Green, Sunnyland Slim, Buddy Charles, Ray Charles, Harry Caray, Frank D’Rone, The Treniers and others. Darryl is also passionate about music education and has taught for over 30 years, along with being a respected children’s recording artist. Darryl can sing any Green–Al to Cee Lo–and is most certainly BKO’s secret weapon. You must see him in action to understand why. 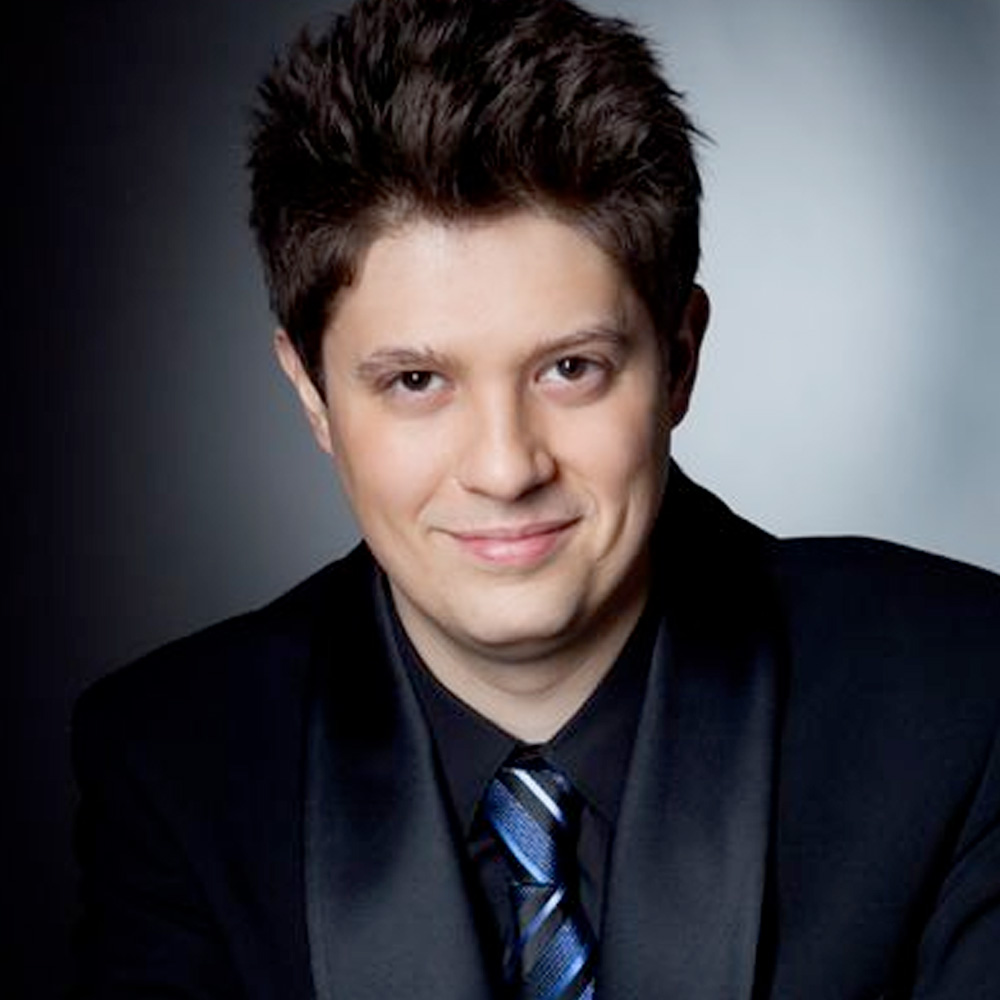 Mike Pinto is BKO’s rock man, hitting the gritty styles of John Mayer and the Rolling Stones. He is in demand as a guitarist, composer, and arranger in Chicago and internationally. Mike performs and records regularly with a variety of groups, including his own trio and the Unknown New (which also features fellow BKO members Paul Mutzabaugh and Rich Stitzel). He has performed at major festivals and conferences in Italy, France, Germany, England, Malta, and Croatia, and he has performed with such artists and groups as Luciana Souza, Jen Hartswick, Joel Cummins and Kris Myers (Umphrey’s McGee), Peter Himmelman, Regis Philbin, and the Alabama Symphony Orchestra. He is on the faculty at Elmhurst College, where he teaches jazz and music production and directs several ensembles. In addition to his fabulous guitar and vocal presence on the BKO stage, Mike’s talents as an arranger have helped to craft BKO’s unique and dynamic stage sound. 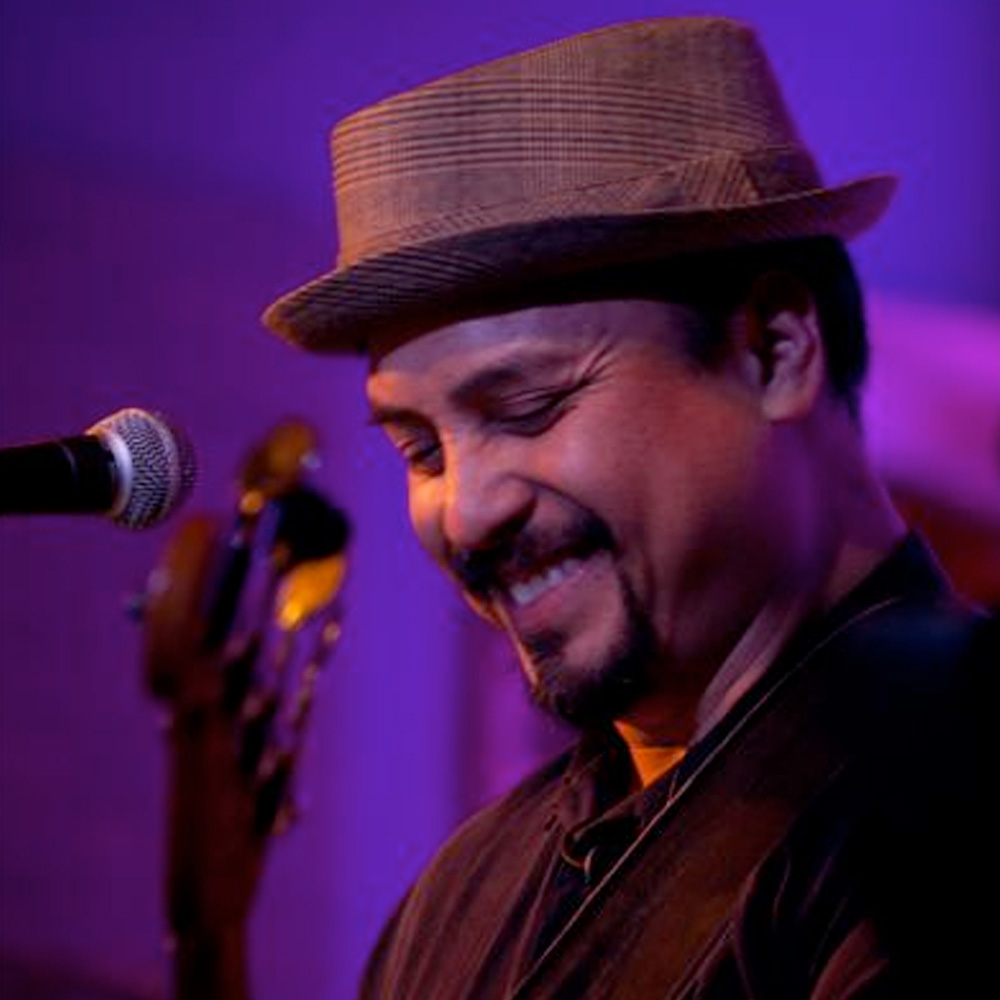 Not just a consummate bassist, Chris can sing the Beatles to Prince, and is sought after as a Chicago area music producer, composer, and musician. His recording work has extended into Chicago Public Radio and Oprah’s Harpo Studios. Chris has had the privilege of backing many well-known talents such as Kanye West and Jennifer Hudson. He is also a teaching artist for Ravinia Festival’s Music Discovery Program, Ravinia Sistema Program and a professor at Kennedy King College and Lake Forest College. His band Kick the Cat is preparing to release their 4th album. When he’s not anchoring the BKO stage, Chris serves as tech advisor and the mastermind behind the live tracks heard at every BKO gig. 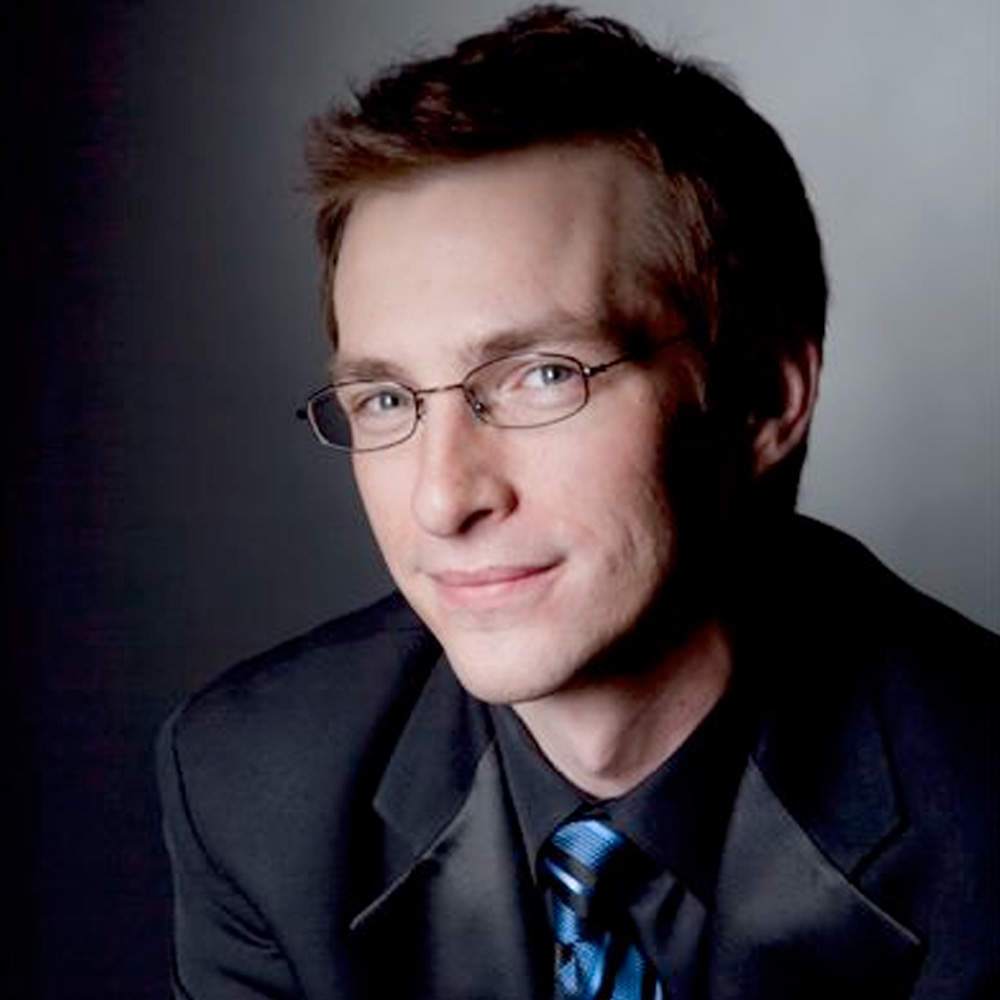 Paul Mutzabaugh is a Chicago-based multi-instrumentalist, composer, engineer, and Grammy-nominated producer.  With 20 years of experience in both live and studio settings, he enjoys a busy and fulfilling schedule of music-making in a variety of genres and disciplines.  In addition to BKO, other ensembles and artists that Paul has had the pleasure of working with in recent times include: Miguel Zenón & Spektral Quartet, Heather Headley, Robbie Fulks, Tim Hagans, Matt Ulery, Ryan Shultz, Typhanie Monique, Fulcrum Point New Music Project, John Elmquist’s HardArt Groop, and Teatro ZinZanni.  In his formative years, he attended DePaul University (Bachelor’s in Music Composition) and marched with the Cavaliers Drum & Bugle Corps (tenor drums ’97-’00).  As a composer, Paul currently writes for The Unknown New, a chamber jazz group for which he also plays the electric bass.  More information can be found at www.paulmutzabaugh.com. 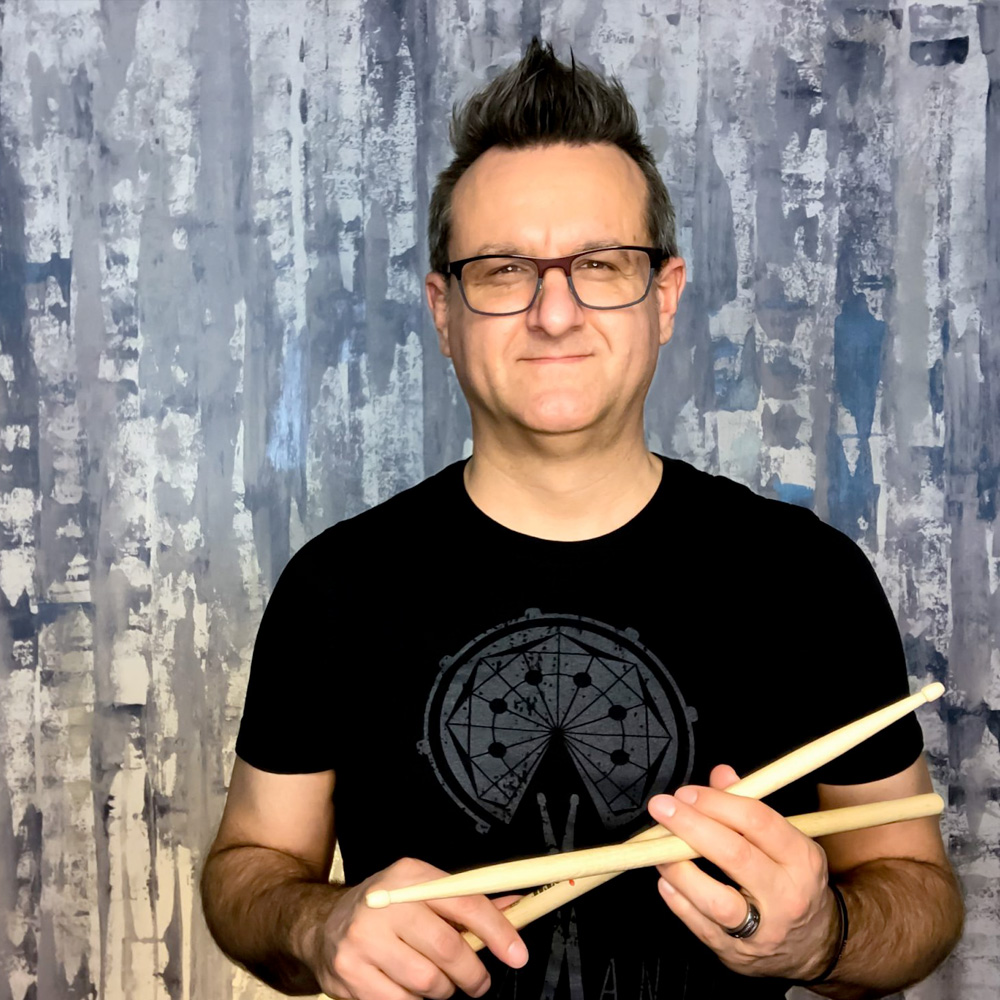 Rich has been a top call performing artist and session musician in Chicago since 2001, but his professional career actually began a decade earlier in Fort Worth, TX. He has toured the US and about a dozen other countries around the world with a wide variety of artists including Miranda Lambert, Cathy Richardson, Christian Howes, and many others. Rich is the author of two books based on rhythmic theory called “The DrumMantra”, which he uses to give clinics & lectures at music stores and universities around the country.

“I couldn’t be happier playing music in BKO. Not only is the band made up of the best players in Chicago, but they are also amazing humans and some of my closest friends. This is the secret ingredient to what makes this band, and the entire BeatMix organization, so amazing.” – Rich Stitzel 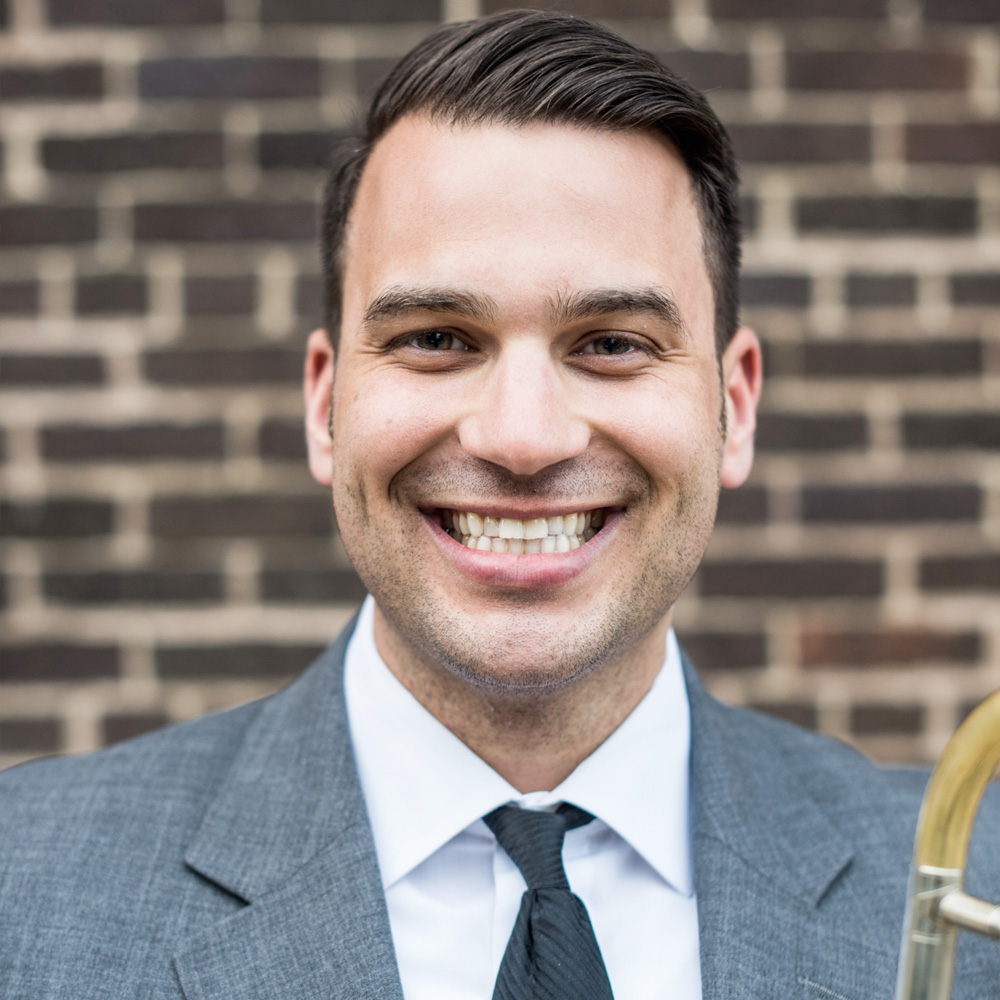 BKO’s slide man, Jeff Livorsi, studied music at DePaul University under Tim Coffman, Thomas Matta, and Dr. Bob Lark. During his time at DePaul, Jeff played both tenor and bass trombone in the big bands and received a B.S. in Music (sound recording) with a physics minor and a M.A. in Jazz Studies. Jeff has been lucky enough to share the stage with some of the world’s best musicians, including, Phil Woods, Jeff Hamilton, Ira Sullivan, Cornell Thigpen, Calvin Rodgers, and Malik Yusef. Jeff started his own, soul and hip hop brass band, J-Livi & The Party. Aside from performing Jeff also directs the DePaul University Screamin’ Demons Pep Band and teaches private lessons throughout the Chicagoland area. 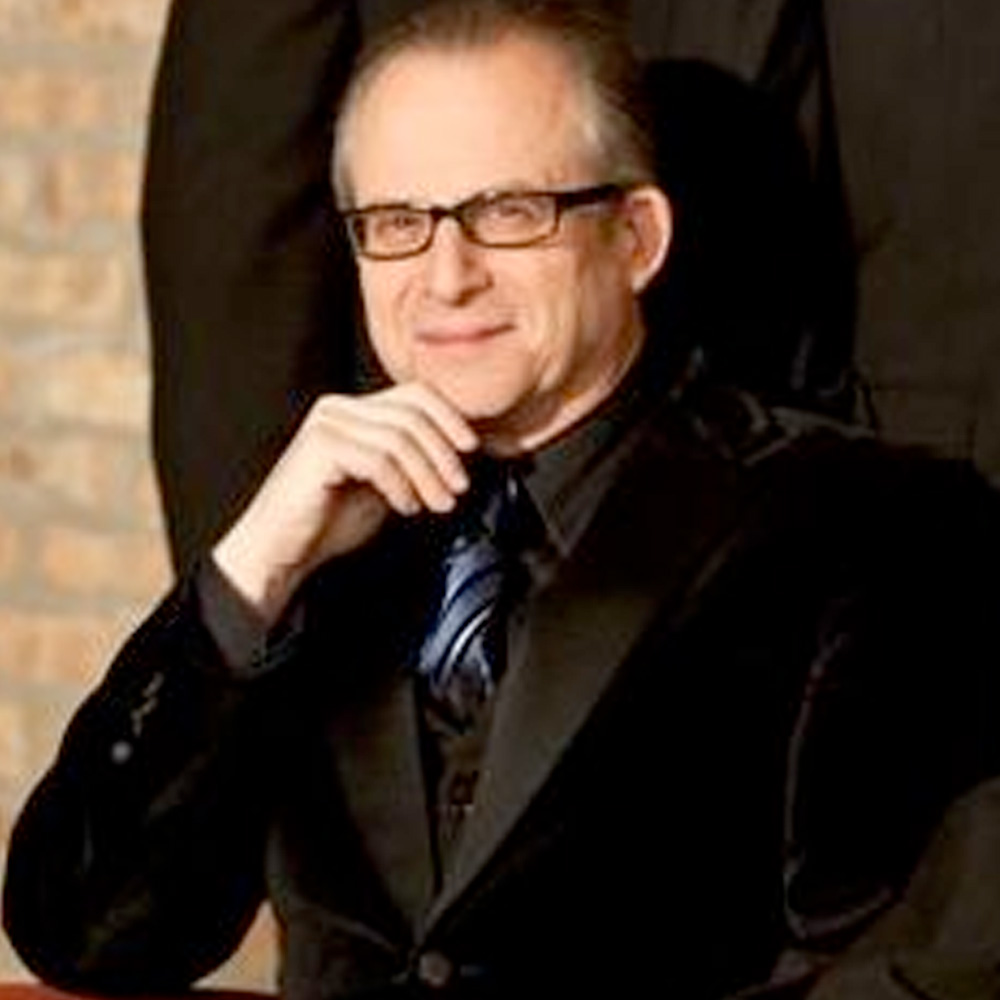 Michael Levin is BKO’s “Mr. Versatility.” His unparalleled ability to move from instrument to instrument has made Michael a staple of the Chicago music scene, whether the music is classical, klezmer, jazz, or rock. Michael holds an M.A. from the University of Chicago and a Ph.D. in Communications from the University of Illinois. Michael has performed and/or recorded with The Temptations, The Four Tops, Clark Terry, The Supremes, Jerry Lewis, Salsa con Soul, Ella Jenkins, Bobby Vinton, Diane Schuur, Ben Vereen, The Chicago Jazz Ensemble, Cerqua Rivera Art Experience, and The Illinois Philharmonic Orchestra, just to name a few. His solos are prominently featured in recordings by producers of Chicago House Music such as Vic Lavender, Terry Hunter, Jere McAllister, Mark Grant, Glenn Underground, and more.  Michael’s musical diversity beautifully compliments the wide variety of music BKO offers. 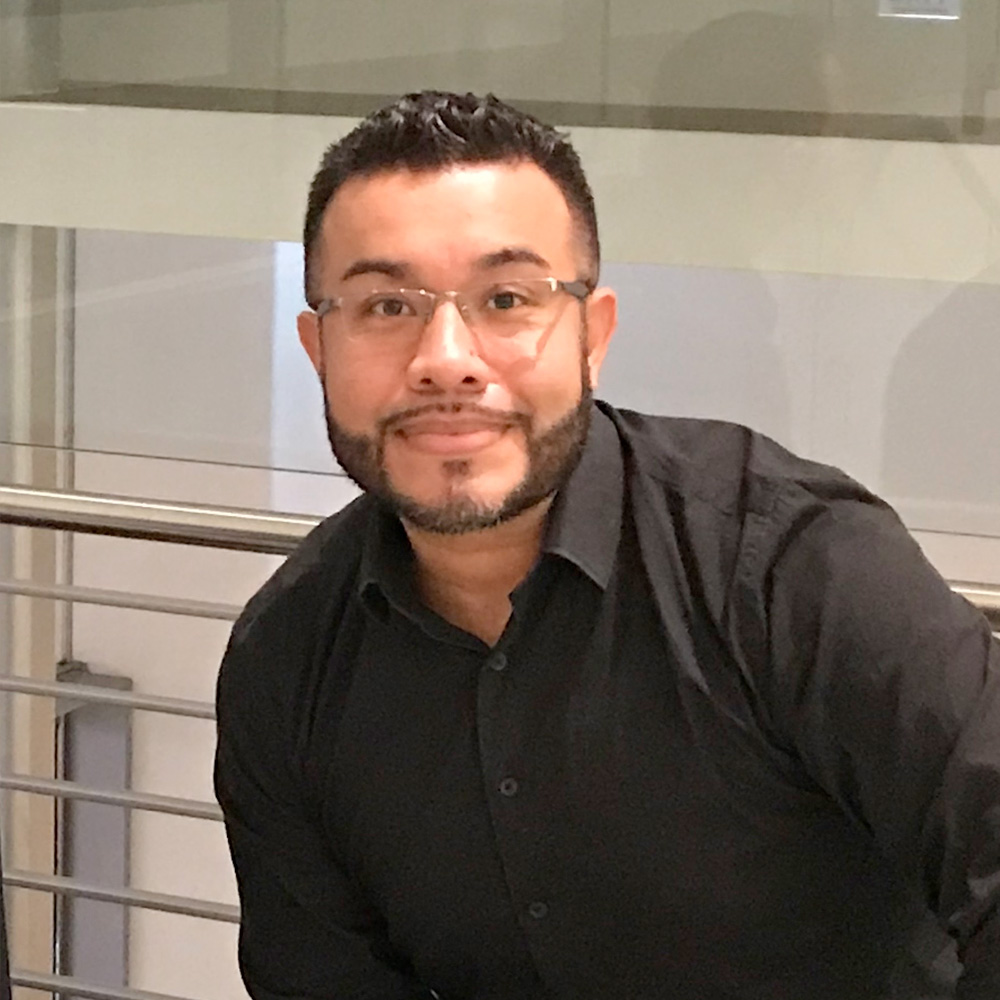 A percussionist since the age of 10, Dennis Calito’s infectious rhythms and passionate playing have made him a much-sought-after live and studio musician. Dennis has had the privilege of recording with Latin Artists such as Grupo Niche, Jerry Rivera, Willy Torres, Kevin Ceballo, Van Lester, Yomo Toro, Frankie Negron, Alex d’Castro, and others. Around town, Dennis has shared the stage with artists such as Joe Rendon, Tina Crawley, Havana, Samuel del Real, and Jesus Enriquez. Dennis also has had the opportunity to perform with Christian artists such as Darlene Zschech, Hector Hermosillo, Maria del Sol, and Ernesto d’Alessio. For the last ten years, he has been an integral part of Casa De Luz Worship Team along with BKO’s keyboardist, Paul Mutzabaugh. During the day, Dennis shares his love of Latin music teaching kids the roots of latin percussion in the public schools. When he’s not jamming with BKO, he and his brother Byron can be seen headlining their own band, Rica Obsession. 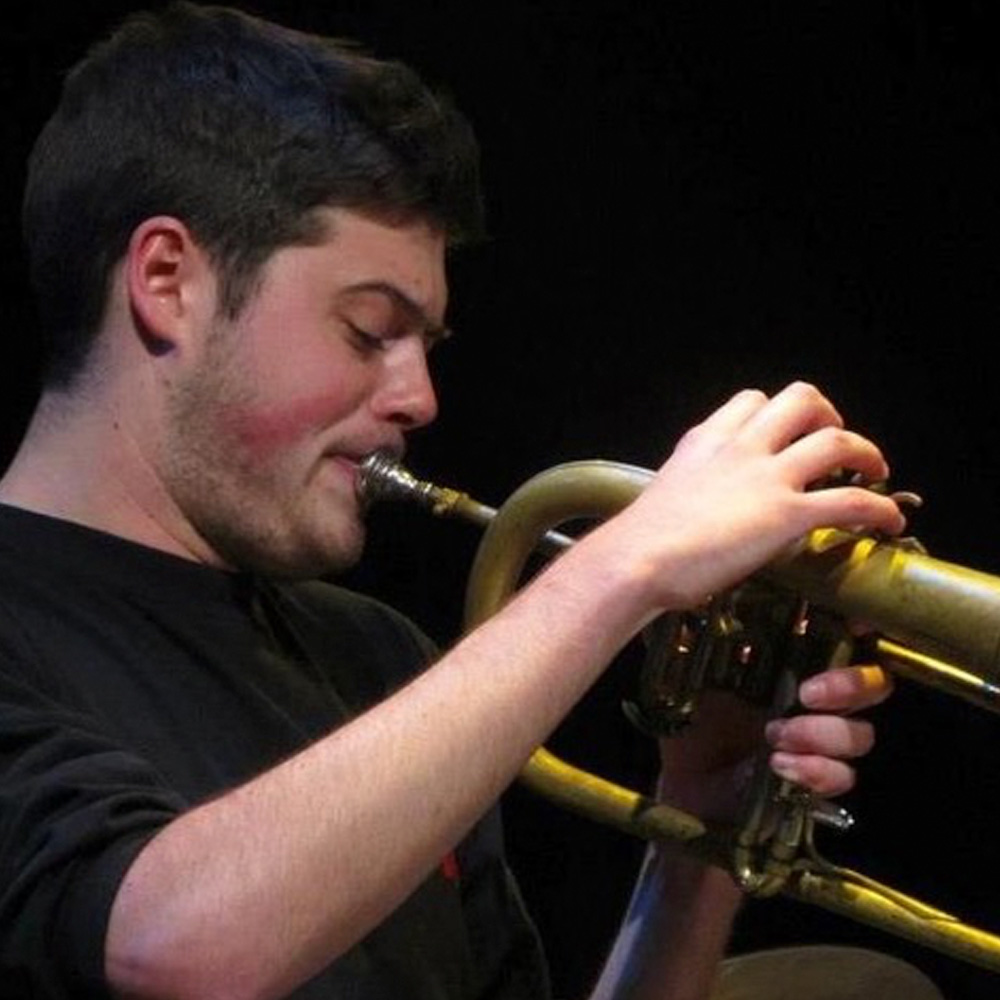 Andrew Ecklund is a graduate of Elmhurst College, where he earned degrees in Jazz Studies and Music Business. His time at Elmhurst was spent studying under Grammy Award Winner, Doug Beach, and playing in the internationally ac-claimed Elmhurst College Jazz Band. Andrew has a very busy composing career, writing music for national advertisements. His compositions feature his instrumental and vocal performances, and can be heard accompanying the brands of McDonald’s, Apple, Kelloggs, Miller Lite, Facebook, and more. Andrew’s writing skills are also on display everytime BKO takes the stage, as many of his arrangements have made their way into the BKO catalog. Between his trumpet skills and his incredible voice, he’s an invaluable addition to the BKO stage! 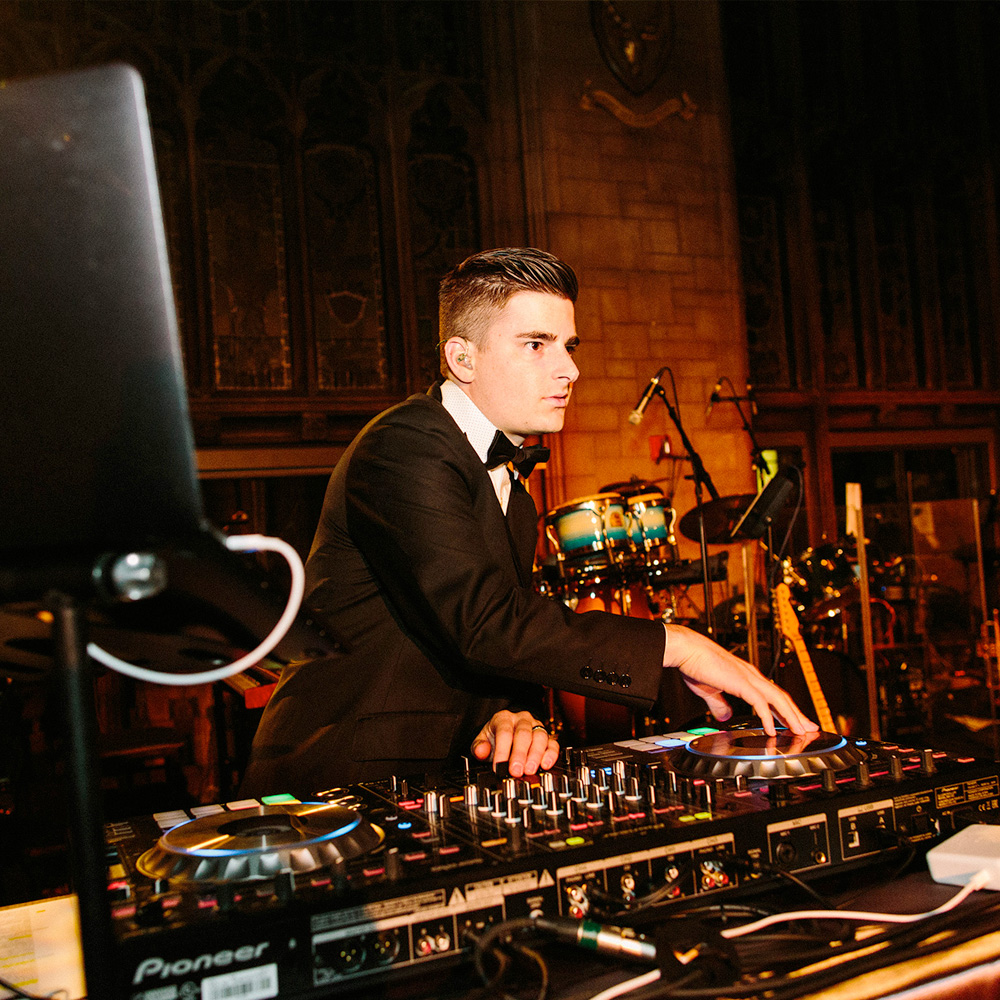 Chicago native DJ Z began spinning at 14 for 300 kids at summer camp. At 16, DJ Z was discovered by one of Chicago’s premiere production companies. Whether it is a corporate or social event, DJ Z creates customized mashups, remixes and party breaks. His unique skills and distinct ear for the freshest sounds and deepest beats have gained Z huge respect in the DJ scene and beyond. DJ Z’s eyes never come off the dance floor which guarantees the music that YOUR client wants and not just what he wants to play. His professional personality, can-do attitude and drive for success has led him to perform all over the world and in every major city in the US. With over a decade of experience in the industry and satisfied clients such as The Bacardi Live Tour with Mix Master Mike, Disney Cruise Line, Nike, and many more, DJ Z is going full speed ahead. Keep a look out for him around the country and at a club near you!